The Netherland-America Foundation exists to promote the exchange of culture and knowledge between the Netherlands and the United States. Each year in November the NAF organises ‘5 Dutch Days’ in New York, exploring the influence of Dutch art and culture on the city. In 2009 to celebrate the 400th anniversary of relations between the Netherlands and New York, the NAF asked Tanja Smeets to make a sculpture for the Dyckman Farmhouse on Manhattan’s northernmost tip. The farmhouse was built c.1784 by the Dutch Dyckman family. An old drawing shows that the farm originally sat among acres of land on a tree-lined lane. It is now in a small garden on busy Broadway, completely surrounded by typical American tenement buildings.

Tanja Smeets worked with concrete spacers and cable ties to create a new “material” on site. The result is a white construction that grows in a spiralling formation around the corner pillar of the veranda. The sculpture has ensured that this now familiar farmhouse is once again more noticeable from the street. 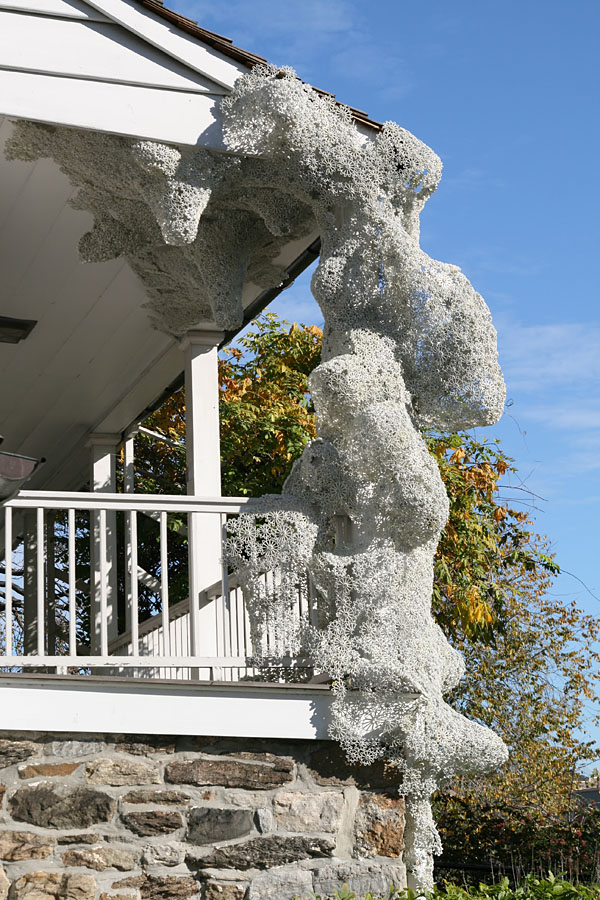 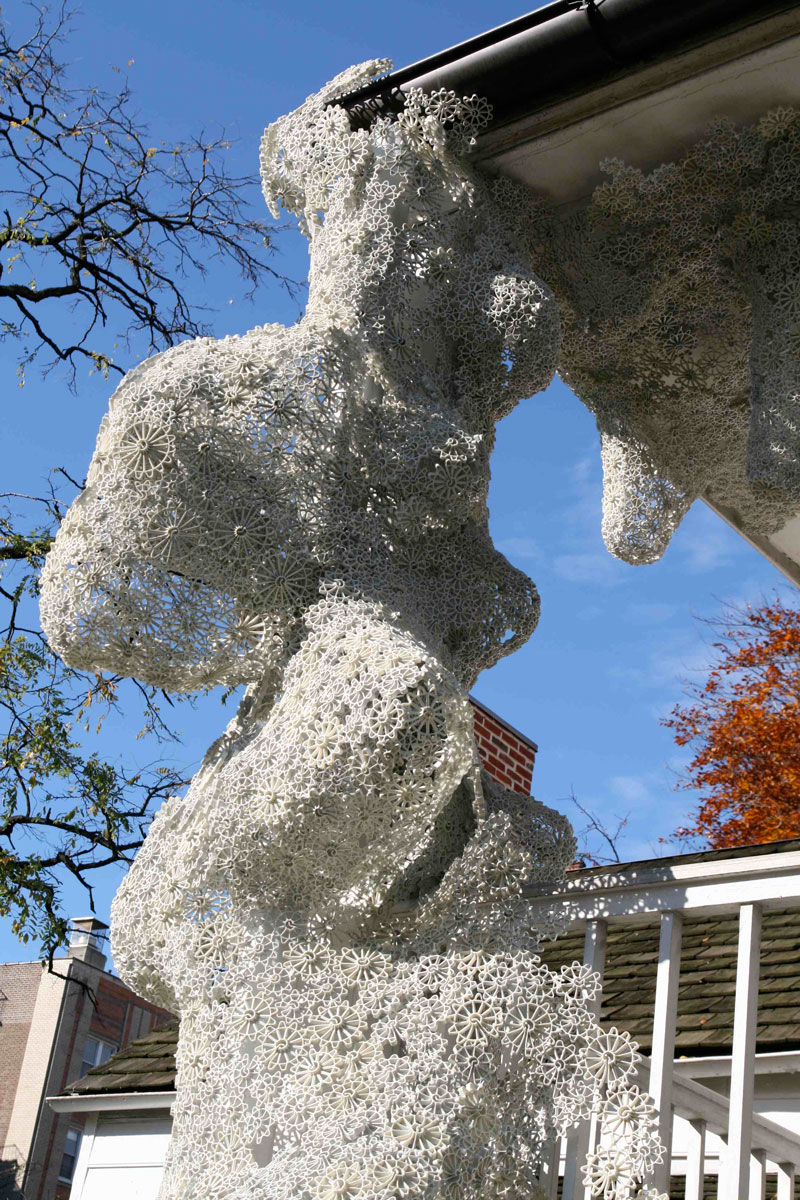