'Summer snow’ is the phenomenon whereby millions of mayflies swarm on a summer evening, to mate, lay their eggs and die. It can be seen on sultry summer evenings in August in some places along the Rhine. The swirling swarm is a wonderful vision, but along with it goes the carpet of dead flies left behind the next morning.

The title of this eleventh edition Beelden op de Berg is inspired by the theme ‘eternal rejuvenation’.

Tanja Smeets plays with the notions of aesthetics and decay by adding intriguing new organisms to an existing tree. 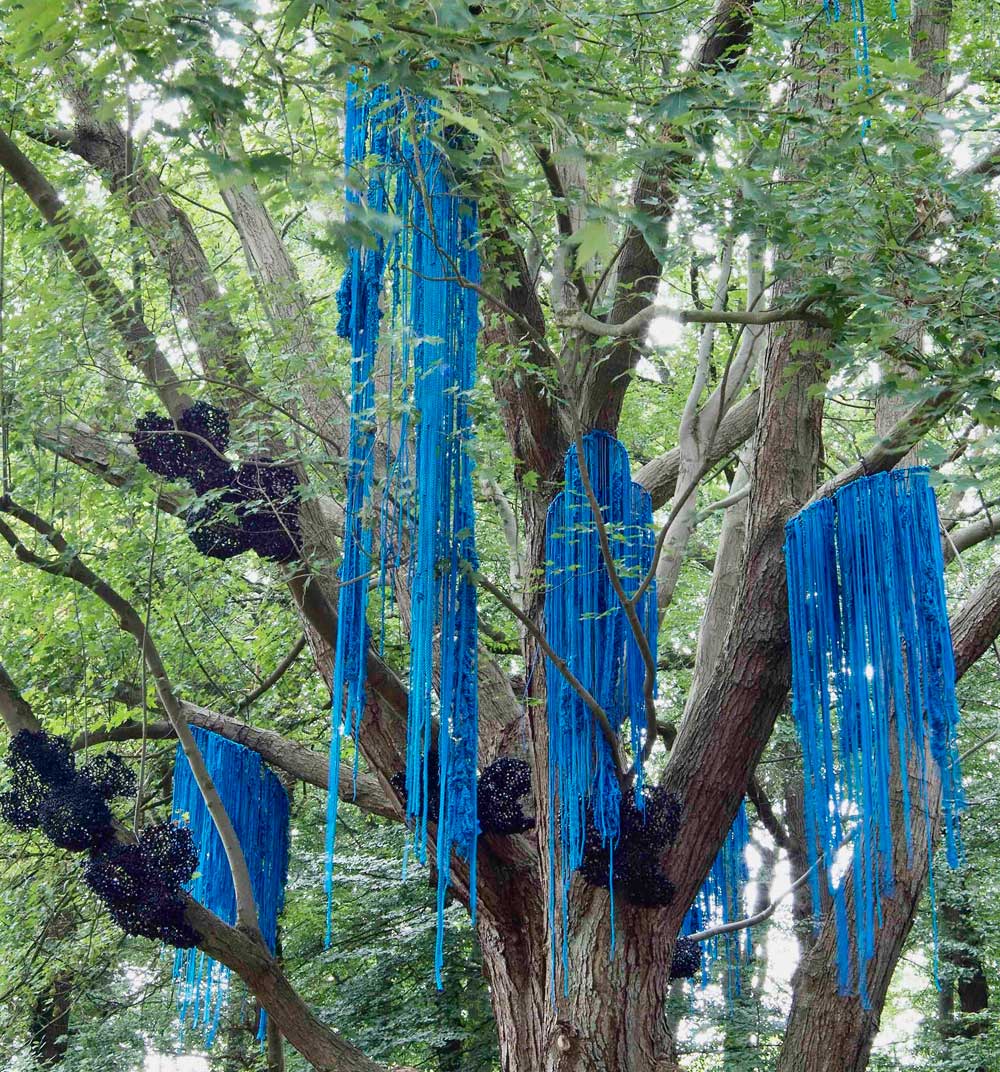 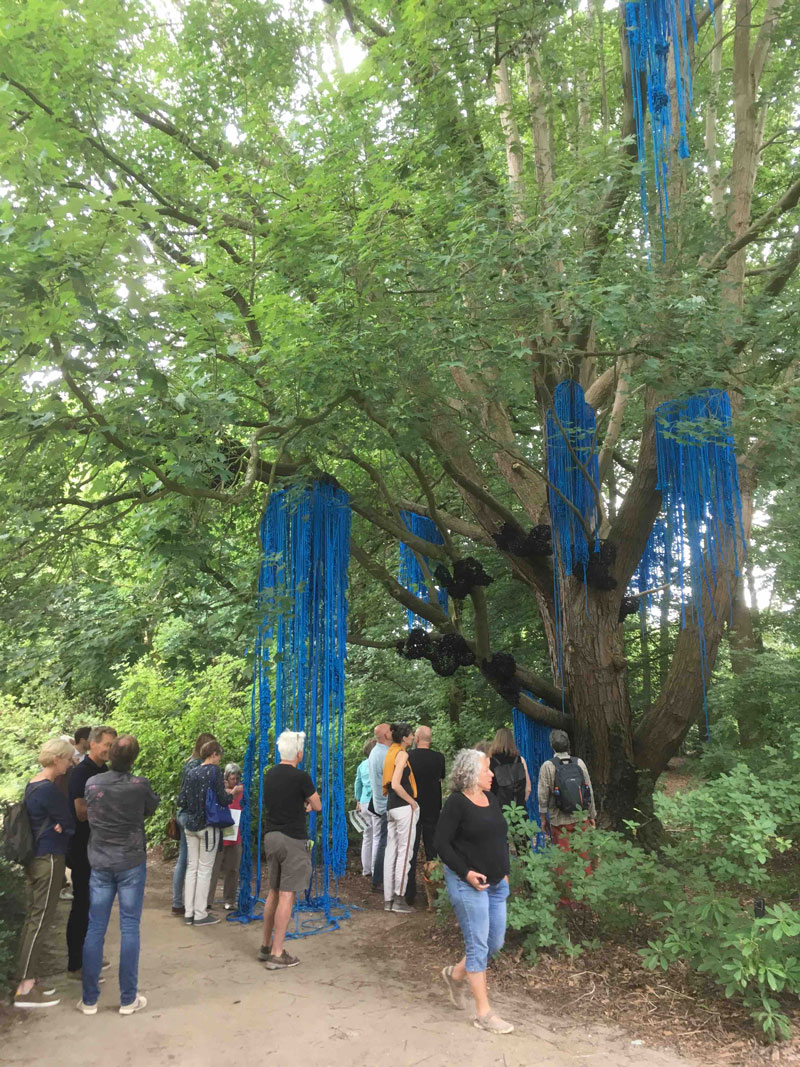